that’s how i feel. allergy season has hit and with it, allergy fatigue.

i’m so tired. exhausted. for seemingly no reason. i just woke up from a 3.5 hour nap. i still feel like ass.

so: i’ve been up to 2 things:
Diablo 3 and Secret Project KB.

Didn’t play at all yesterday, worked entirely on my secret project. Getting good progress on it. Hopefully it’ll be done soon.

Tutorial: Setting up WordPress permalinks without index.php on IIS server

There are lots of tutorials regarding how to set up permalinks on a WordPress site but generally, they’re tutorials for how to achieve this on an Apache web server under Linux.
This is one (http://heartdrops.org/tutorials/wp-removing-index-php-in-urls/) I really liked because it’s written for the common user. Simple steps, what you need, easily understandable. Unfortunately, it didn’t work for me (cuz it’s not for Windows hosting).

My solution is not unique, it comes from: http://wordpress.org/support/topic/permalinks-not-working-on-windows-server. Unfortunately, it was difficult to find so I was working on this problem for more than a few hours. (#$&^(%^#!)

My ramblings
It seems a bit odd WordPress would think users would want index.php in their URLs. They look hideous.

Posted in All Posts, Development, PHP, Tutorials | No Comments »

If you want to see my “sandbox” for my new project, it’s (temporarily) here:

It’s not complicated, I’m not really deving anything new or lucrative. It’s definitely NOT my epic project. It’s hopefully something that’s done quickly as the longer it’s not done, the less time it will remain relevant. It’s created as a tribute to one of my current passions/hobbies.

Despite saying all this, the reason it’s so secretive is the content. I’ve gotten some co-worker “wtf” backlash from this kinda stuff, but mostly because they just don’t understand the world I, and most of my readers, live in. I’ve said it before and I’ll say it again:

I can forgive ignorance but I cannot forgive closed mindedness.

If a person is unaware of my ways, I can understand if they simply don’t know better. I cannot forgive a person who will cause me grief without being willing to understand my point of view. They don’t have to accept them but they have to accept how I feel about them. If they cannot, if anything outside their definition of normal is abnormal, then to hell with them. Closed minded @#$%&#$%ers.

Posted in All Posts, Introspection, My Life, Secret Project KB | No Comments »

I realized today that, as I showed other people my site in the last day or two, some of them had gotten motivated to work on their own projects.

I didn’t realize it, because I’d been working on this site/project so long, but it was a small project that is actually “complete” now. I can’t speak for everyone but if I were in their situation, suddenly seeing a project being completed, I would think “this makes me wanna work on my own hobbies”. I think at least a couple of people’s reaction had been this (as mine would have been). And I think it’s great. Not because I’ve motivated them, but personally, seeing them motivated to work on stuff motivates me even more. Like, the “I don’t wanna be left behind! If you’re doing this, I’ll do that” feeling.

Granted, it’s often a passing feeling for some.

But personally, I’ve always thrived on competition between my peers. I felt really motivated today to keep working.

I’m going to spend the rest of my night working on Secret Project KB…hopefully I can make some progress…maybe even show some of you what Secret Project KB is (when I’m further along), so you can join me in my journey. I’d rather have that than all of a sudden say “Project KB is released everyone“. I think having others join me will help me stay motivated. I would want to keep working on stuff so others, who are watching my progress, don’t get disappointed when I haven’t done anything in a while. I think that’s also a great motivator. (It’s also a major motivator for blogging…cuz I don’t like users coming to my site and being disappointed that I don’t have anything new to read).

On a separate note, of the people I asked to look at my site, I was pretty disappointed that most of the comments were “great job” or “looks good” type comments. The reason I asked people to see my site was more for critique and things I could fix. I wasn’t looking for praise, I was looking for issues and concerns. I guess I should have made that more clear…I think I only got real feedback from one person. I know it’s delicate to bring issues up, my pride is so high right now, but I’ve generally, for this kind of stuff, always preferred the “this is a mistake that i found, that you don’t know about…so this is me telling you” response. It’s one of the best ways to learn because it’s not that I’ve purposely done something in error, it’s more so that I’m oblivious to the error. That is, if I’ve done something wrong, it’s generally that I don’t know I’ve done something wrong than I’ve knowingly done something wrong but chose not to fix it. And without knowledge of my error, how can I ever hope to improve? I’ve found this approach to learning seems only unique to me though. Most people don’t like when their flaws are brought up. Too much pride I guess? Arrogance? I don’t know….and I find it ironic cuz I’m full of pride and arrogance…and yet, I’d still prefer the blow to those things if it will help me improve. But again, most people aren’t like that. Most people hate it.

One of the things I have to learn is that what I’ve found best for me is not always best for others. Because thinking my ways should apply to others often leaves me with less friends. It’s like people don’t like the blunt truth. WHY NOT?! ?_?

I realized this afternoon that my site has server logs which shows everyone who has visited my site(s) in the last 3 days. It’s cool tho I don’t know if I see any use to it? I guess it’s really if, say, a bot hammered my sites. Well, that’d be the most action they’d have gotten in months. booyeah.

Mostly, the server logs are documents with my IP filling 95% of them. The rest look like Google bots and/or search engine bots as they’re looking for robots.txt. WELL TOO BAD, I DON’T HAVE THEM. BOTS trying to find ROBOTS.txt? “I’m sorry, these aren’t the droids you’re looking for.”

Anyways, I did notice that a number of people go to my warrenshea.com to look for my snorlax waving gif. Of course, this is because it was posted on warrenshea.com when it was my blog (now worldofwarren.com)…but since doing the migration, the image path to that has changed.

this is the image they want.

As I was google imaging snorlax, to see if my gif would attempt to be found, I found this image, which made me lol. 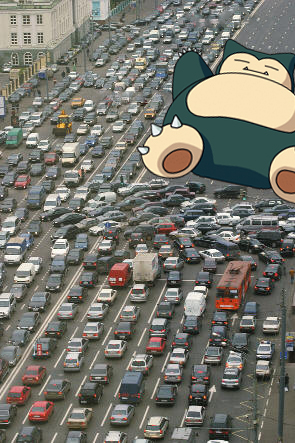 Posted in All Posts, Daily Randomness, My Life, My LOLs | No Comments »

You are currently browsing the World of Warren blog archives for May, 2012.