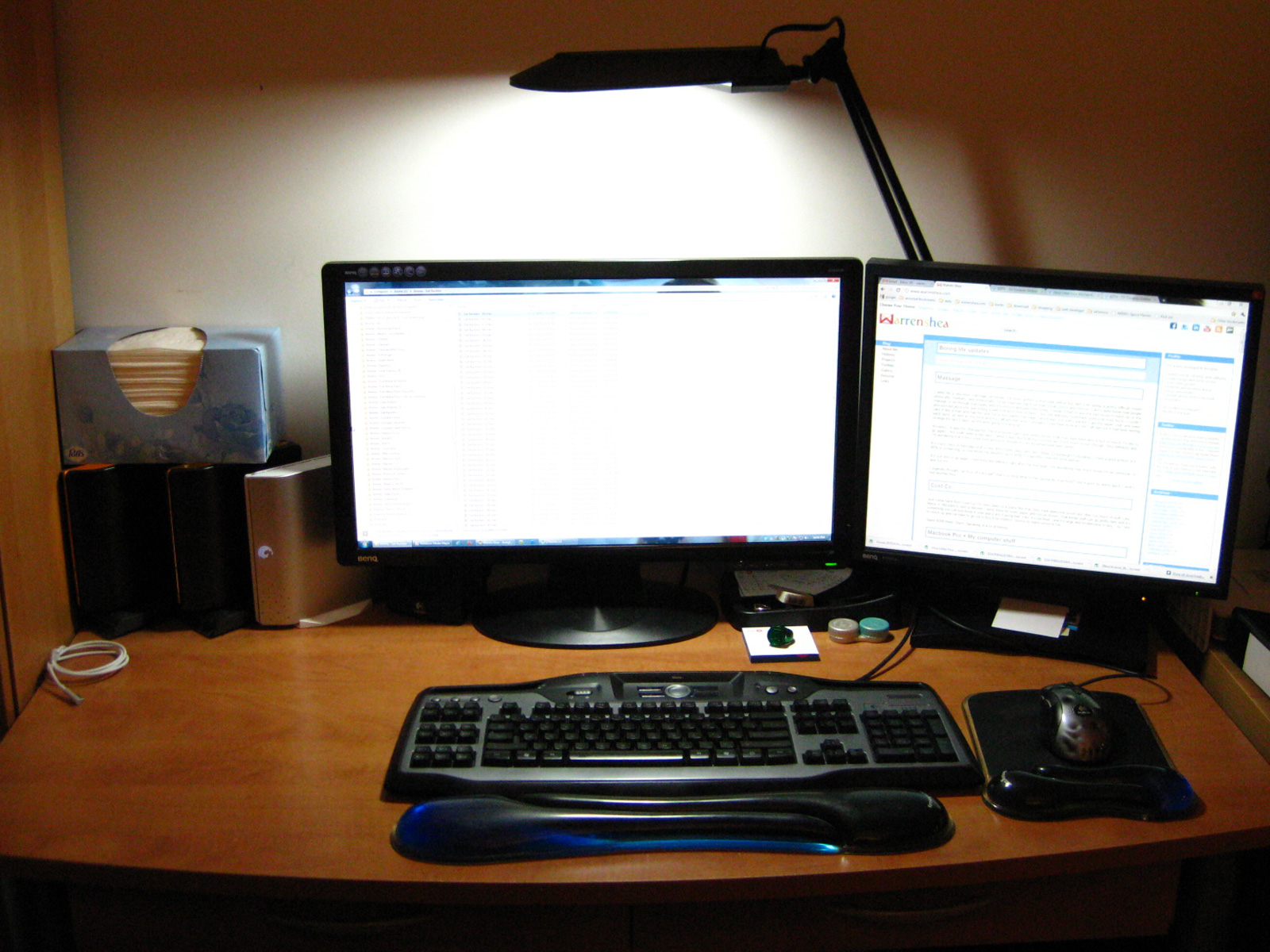 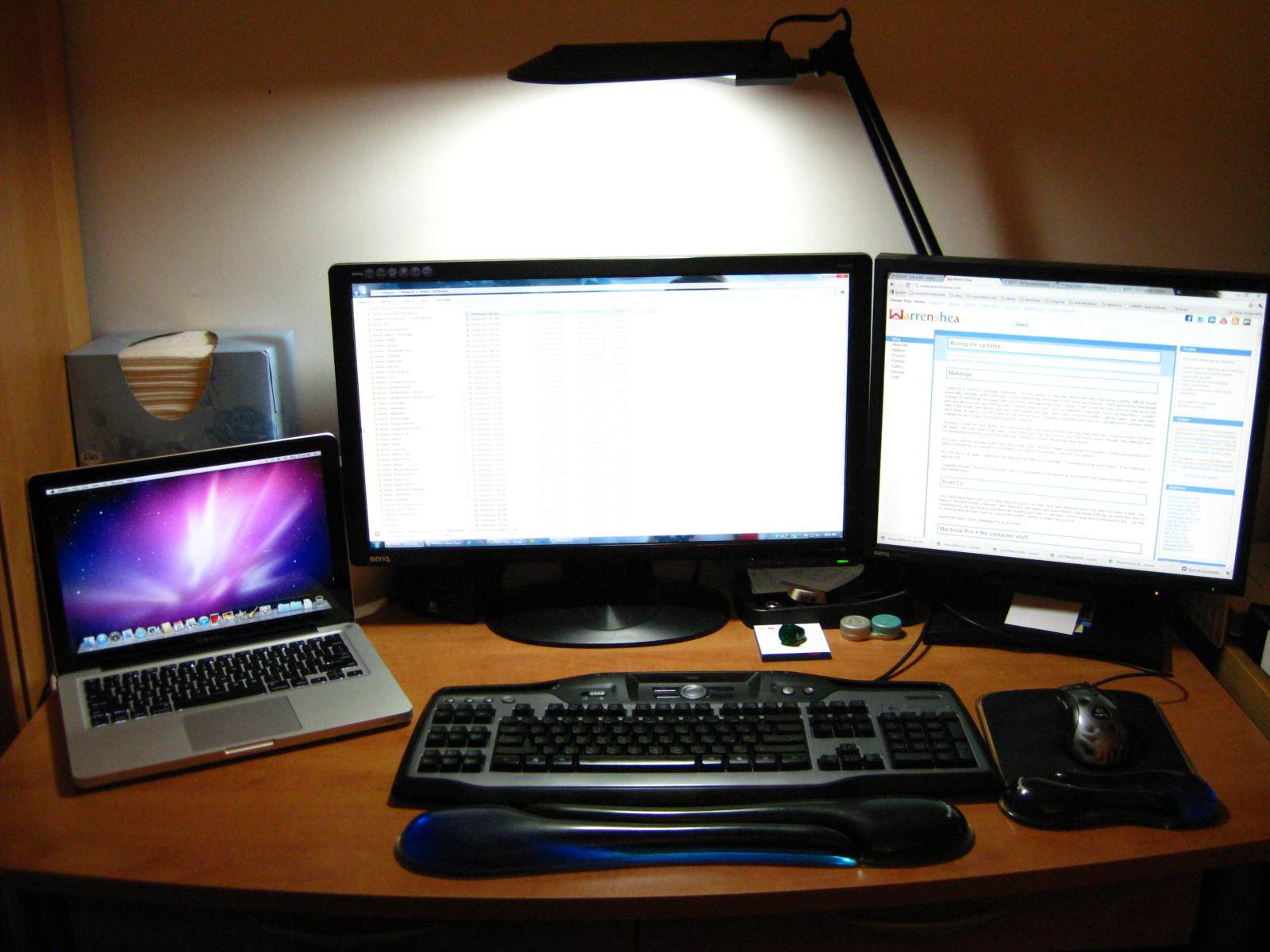 As I may have said, I was going to purchase a Macbook today. And I did.

I rearranged my desk recently, moved my two monitors a bit….behind my Macbook are my 3 external hard drives. But anyways, everything spaces out PERFECTLY! :D I’m excited to play with the Mac tho I’m pretty darn tired….not sure if I can do it today.

Upcoming Posts:
1. March 1: Accomplishments Post
2. March 2: WTB Post
3. March ?: Harvey (This’ll make sense when I write it)
4. March ?: Social Network post: I really wanted to finish this tonight (so I could check that off in my accomplishments post, tomorrow) but I’m too tired, decided to write this post instead…it’ll come. Promise.

/off the play with my new laptop….

Posted in All Posts, Daily Randomness, My Life | 2 Comments »

I went for a one-hour massage yesterday. I’d never gotten a massage before but with Feb being a pretty difficult month physically, mentally, and emotionally, I’d be experiencing more than usual stress and tension. I don’t quite know how people manage to sit through massages with the tension and pain they bring…I mean, I had to ask the masseuse to ease up on the pressure because she was hitting a pain tolerance level of mine….but she definitely could have used a lot more force. I couldn’t take it like a man and had her give me a less painful massage…which was still pretty painful. I got my upper, mid, and lower back done, as well as my neck and my calf and feet area. I probably could have done w/o the calf part but it had been feeling strange the last 3 days, as if it were going to cramp up.

Anyways…it was fun. But painful. The masseuse said I was pretty tense…that may have been why it hurt so much. I’d like to go again….but yeah, even a day later….while I don’t feel that my muscles are THAT much looser (though, they definitely are), I’m wondering that if they used more pressure, maybe my results would have been better.

It’s crazy, hour of massage stuff is like, $91 I think. Jeez, who am I, Mark Zuckerberg!? Fortunately, I think a good portion of it, 80% or something, is covered by my benefits, up to $X00. Z’s benefits cover the other portion.

It’d still like to go again, I definitely felt different right after the massage…I’m wondering how much looser I’ll be tomorrow…it was fun tho.

I originally thought: “an hour of massage? that’s so long! what’re they gonna do in an hour!?” but it goes by pretty quick, I wish I had another hour.

Just came back from Cost Co. I’d never been to a place like that, they have awesome prices but often too much of stuff. Like, Mayo or Mustard to last a lifetime! I went there for toilet paper and tissue boxes…that kinda stuff can go pretty fast and it’s something you can just keep in your place w/o it going bad. Like, it’s not food…and it’s large and troublesome to buy….so I like to stock up and not have to go out to buy it for months. Seems to make sense to me.

Going to the dentist tomorrow, and with that, possibly purchasing a Macbook Pro on my way out of the mall (Yorkdale). I’ve never had a laptop, ever in my life. I can see something like that being useful.
It’s also a good opportunity to learn Mac OS and stuff. Z is also giving me her old laptop, which I will be putting Linux on. Yes, I’m aware I can do dual-boots and VMware….but…I dunno, I’d much rather have physical boxes. I imagine the only use out of Z’s current, 6 year old laptop, would be to put something like Linux on it.

My PC’s a bit old now….4 years now I think. That’s pretty old. It’s still not bad, I’ve done a CPU upgrade, RAM upgrades, a MOBO upgrade, HD upgrades, and a GFX card upgrade within those 4 years. Hm. I think I’ve upgraded everything at some point….making this computer not REALLY 4 years old. But yeah, while it’s still good, I think that in 2 more years or so, I will get a new one.

I really like the my Antec nine hundred case…I may have to get parts that fit inside it.

1 added Antec fan w/ LED blue light to the side. 4GB of RAM on 4 sticks, 2 of the sticks light up upon usage. I stole these 2 sticks of RAM from Z’s old computer….they’re some of the best lights on my computer as they’re always flickering and moving. Open up a graphic intensive game like WoW and you really seem them red line…it’s fun :)

So in total, including CPU fan, GFX card fan, and PSU fan, I have 8 fans and 7 items that light up blue.

I <3 my computer so much. DON'T YOU DIE EVER. THE MACBOOK PRO WILL NOT REPLACE YOU, I SWEAR. You still speak English while the Macbook Pro speaks some foreign crap....Asgardian or some sh!t like that. English, but not really english...like, you kinda get what it's saying but it's so f***ing annoying with the no right click. Oops. Raged for a moment. I hate Macs. But more so, I think I misunderstand them. Maybe a little communication will bring us closer together. <3? We'll see.

Yesterday, on a whim, I decided to get the 7-day trial account for World of Warcraft: Cataclysm. While I did this recently, I was not able to play my 10 characters last time, making the trial effectively useless. This time though, I am able to play my characters…it’s nice :) Like they haven’t died off or anything…

I played quite a bit yesterday, a few hours hours running the 2 new intro Cataclysm dungeons. I only wanted to play a bit but my friend was online and he wanted to play together, so he kept queuing me for stuff. Anyways, eventually I had to call it. In the next 7 days: I plan to explore Azeroth on my flying mount….but that’s it.
I’m going to leave 19 of my 20 specs (i have 10 chars) talentless (as I had to spec yesterday on 1 char to play with my friend). I just wanna see the world. While I explored it quite a bit yesterday, it’s quite different…from my very strong memories that I already have. I mean, I know the world so well already right now…so seeing stuff change it quite…interesting.

I think it’s been long enough that I don’t see myself getting hooked on WoW. Even playing the amount I played yesterday was….tiring. The idea of talenting all my characters with the new trees, replacing all my purple gear with blues and greens, getting new addons and configuring them…it just seems like too much work. I don’t wanna do that ever again…

Stupid WoW. That thing is just a huge waste of time. That said, I still don’t mind spending a few hours still exploring the world. It’s still a game, I spend a few hours mindlessly writing blog posts after all. Oh look, here’s one now.

Let me first explain why there were site updates:

I’m supposed on-call for work today. What this means is that if I get a call to do work, I have to be available to do it. Now, generally on a day like today, where I’m on call, I would wake up at 9am. Check my work email. If all’s good, go back to sleep for 30m or 45m (wake up via alarm) and check my work email again. After waking up at 9am, and then again at 9:30am, I woke up and checked my email and then…

*cold sweat* my home computer freezes (rare for my Windows 7 nowadays). I restart but the thing fails to bypass the boot screen upon restart. I can see the boot screen fine so my graphics card is okay (not like last time :/). Hard Drive failure? CPU overheat? I assume the latter, despite having 6 fans. I open the case and the inside is a dust ball. Usually I clean it before it gets to this state, I must have been lazy lately. Anyways, I turn off the computer, give it a good compressed air + vacuum + cool down rest….restart it and it’s okay. Whew! :D
It’s 10am now….but due to my *cold sweat*, I’m wide awake. Losing a computer is bad enough but since I’m on call, and today’s a holiday, if I couldn’t get my computer working, I might have to go in to work! And my comp would be broken for at least a day or two…anyways, luckily that didn’t happen :)

It’s 10 and I’m awake but still mentally sleepy…I was bored, going through my recently organized bookmarks, and I decided on a whim to update my site (too sleepy to study, must stay quiet as Z’s still asleep, my options for stuff to do were low).

Posted in All Posts, Daily Randomness, My Life, Site Updates, worldofwarren.com | No Comments »

What do I have planned for the rest of the month…

This month has been pretty much a terrible development month…it’s been like 19 days and I’ve done nothing.

I’ve played some Marvel VS Capcom 3…enough that I need a bit of a break from it.
I’ve played a lot of DOTA…Z vowed to stop DOTA til she’s done school so I’ve been playing a lot less…it’s not as fun playing alone
I’ve stopped blogging…nothing to write about really. Lots of complaints but no one who wants to listen :) It’s been a personally difficult month but nothing I really want to share…

I plan to finish my Social Network post ASAP…and do that before I start reading my new ASP.NET 4.0 book. Compared to how long it took to finish my CSS book, I’ve made snail’s progress with my OOP book. Hard to learn when I didn’t feel like I was learning anything. So I gave up on that. I wasn’t going to make any progress anyways, giving that up was just a matter of time really. The momentum from my CSS book only carried me so far. I have a new ASP.NET 4.0 book. Well, I sorta always had it (digitally) but I really can’t/couldn’t study off something online. It’s just not the same.

So my plan is to catch up on shows today, maybe blog my Social Network post, and then open up my ASP.NET book and start studying.

Also, I do really want to update my links section…I’ve started following a number of (anime/game/toy/technology/comic related) blogs lately and I’m getting a bit disorganized. I need to centralize the links.

I have much to do but sadly, I’m quite sleepy….*yawn* 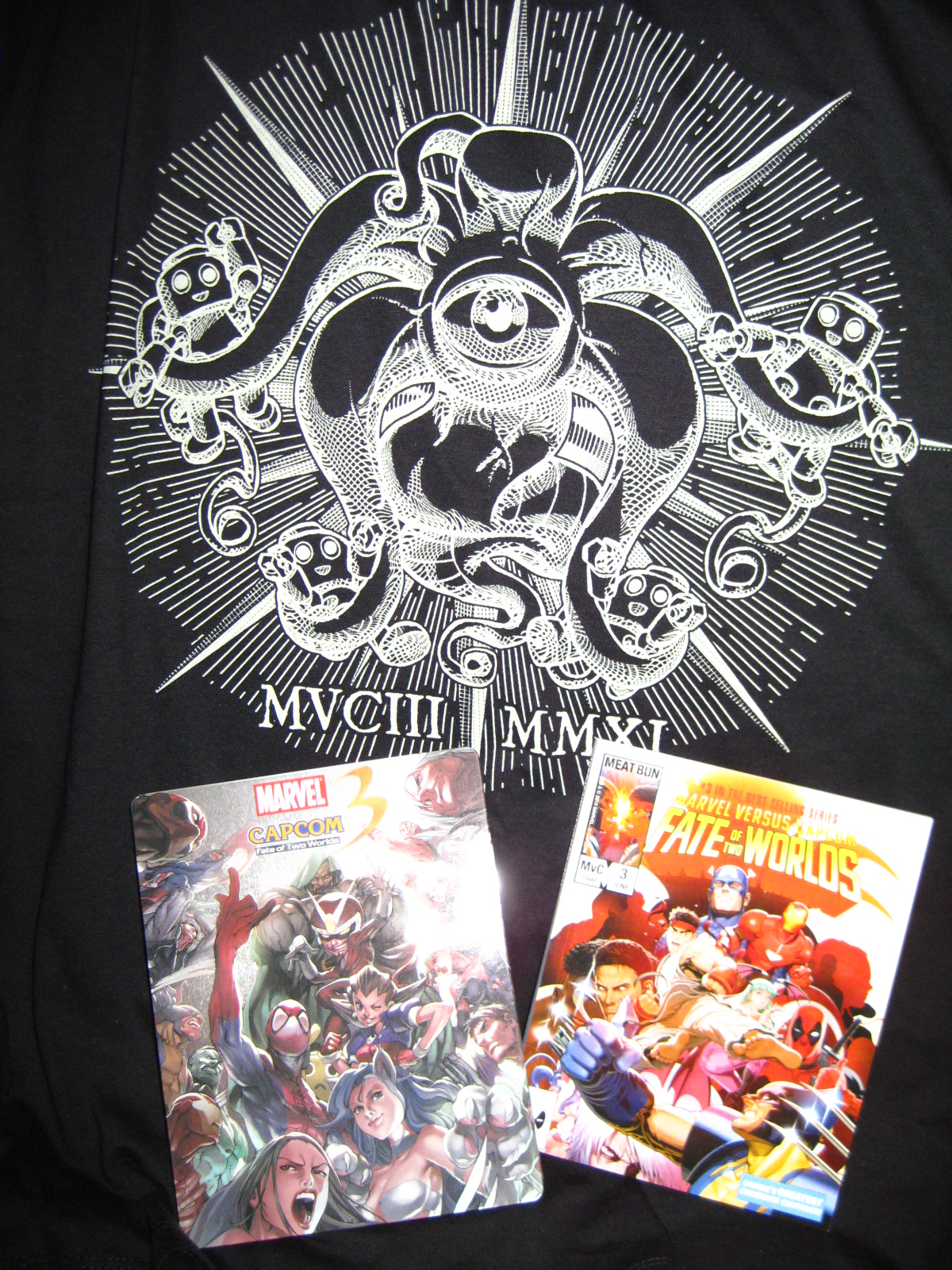