Solving the mystery killed her 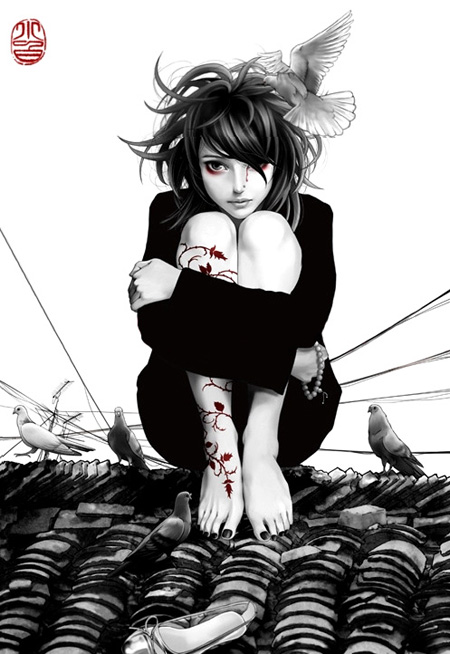 I ordered an iPhone case of it. I got it today, along with 3 other things: Kotobukiya Marvel Comics: Black Cat Bishoujo Statue, Smashing Magazine Book 1 + Book 2, and 8″ Disney Toy Story 3 Peas in a Pod Bean Bag Plush 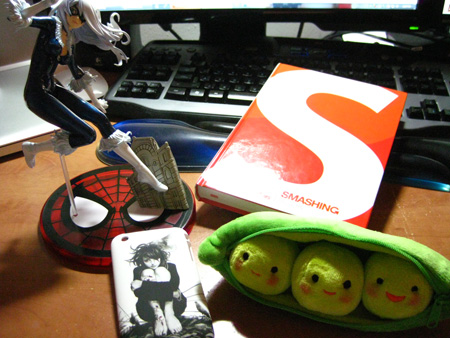 Anyways…this girl…after I solved the mystery, after I found a high res. picture, I no longer care for her. It’s no longer my iPhone background as of earlier today. There was something about the mystery of her. Where she came from. The picture I had was LQ so I couldn’t see the details, it was blurry. Not knowing was part of what made her beautiful. Like I said before, regarding the beauty of the Venus de Milo, part of the beauty is the mystery. What were her arms doing? What did they look like? She’s incomplete…and people can’t figure it out which makes it nag on their minds. They think it’s beauty, they think they’re captivated by it…but it’s really just their subconscious trying to put the puzzle together. Okay, that was an over-exaggeration. Maybe there’s a little beauty.

But anyways…sadly, I’ve lost quite a bit of interest in my used-to-be mystery girl. I have a new crush: this chick. 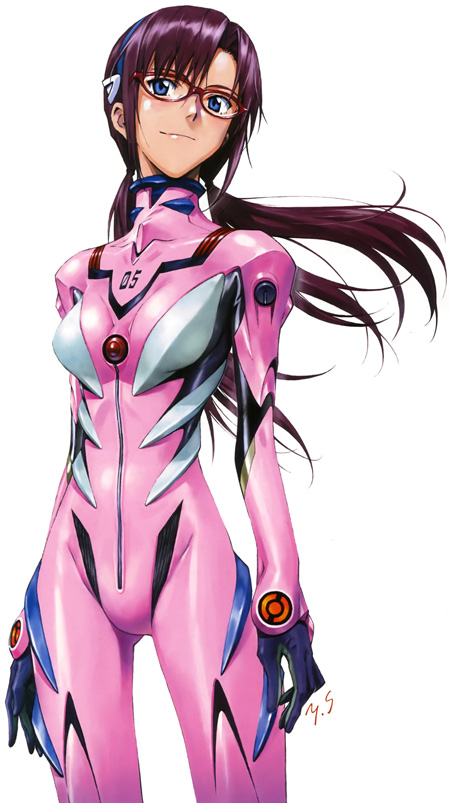 She’s got the glasses. She pilots a giant robot. She…um…I don’t know much else except that she’s a new, awesome character from Evangelion 2.0: You Can [Not] Advance Edit: (which has the best animation I’ve EVER seen…EVER!). She’s taken over my iPhone wallpaper as of today. I ordered this a few days ago…

Posted in All Posts, Art, Daily Randomness, Design & Art, My Life, Shopping, Things I Own, Things I Want to Buy | 1 Comment » 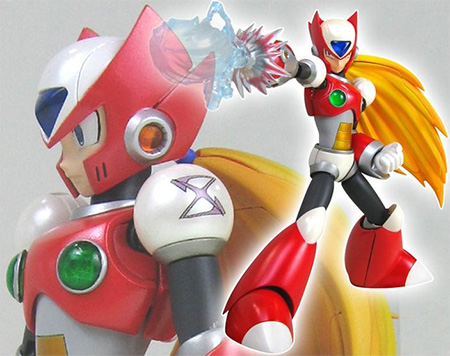 I used to like BoA so much in early university…her old music still holds up I find….haven’t heard any of her new stuff but I don’t imagine I’d like it. Artists have to evolve to stay current, despite that fans enjoy what made them popular in the first place. People want and expect something new but complain when the style is different from what they’re used to. People are such idiots. 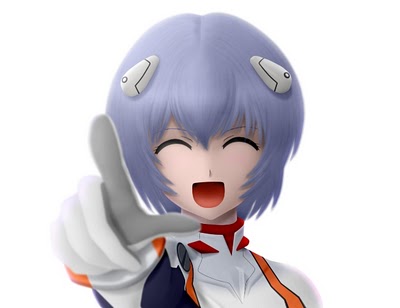 I woke up this morning immediately thinking about my claim between the correlation between an introvert and intelligence. For some reason, that’s how I feel regarding extroverts but after giving it some thought, it’s very likely not true at all. It’s very possible to be extroverted and intelligent. Anyways, just wanted to clarify that.

It’s weird, I had an urge to write my glasses post when I woke up yesterday morning. And this post was one of the first things I thought about today. I must be subconsciously thinking about stuff in my sleep….waking up with the urge to blog. Not being able to NOT blog, despite being 3am…or 10am (while I’m at….um….on the subway?).

There was a post a couple days ago on Kotaku: What’s Japan Fetishizing This Week – Glasses

While I found much of the article to be a bore, I found one of the last paragraphs to be particularly interesting.

In Japan, Akiman points out, it’s thought that the reason people wear glasses is because they read too much or play too many video games or watch too much TV. According to Akiman, “The moment that someone puts on glasses, even if it’s Superman, they take on the appearance of being an introvert like me.” The reason why girls who wear glasses are appealing is that they thus appear to be introverts, and it’s easy for fellow introverts to relate to them. As Akiman says, girls with glasses become “one of us”. Thus, the glasses themselves become an object of fetish. “Japanese people are basically introverted,” says Akiman, “and I think that’s why this fetish has grown.”

I’m going to reference this monologue later as well, so I’ll post it here. It’s from the Seinfeld episode, “The Sponge”:

“I have a friend, wears eyeglasses, no prescription in the glasses because he thinks it makes him look more intelligent. Now why? Why do we think that glasses makes us look more intelligent? Is it from the endless hours of reading and studying and researching that this person supposedly blew out their eyeballs, and that’s why they need the glasses? It’s just a corrective device. If you see someone with a hearing aid, you don’t think, ‘Oh, they must have been listening real good…yeah, to a lot of important stuff…’ No, they are deaf. They can’t hear.”

Now, I can honestly say from much experience that I’m the type of person that likes a pair of stylish glasses on an attractive girl moreso than that same girl without the glasses. But it definitely has to be the right kind of glasses. I’m not talking nerd glasses that they have to wear. I’m talking about a girl, trying on various frames to find the right look for her. To find the one that screams “her”. The frames that visually define her personality. Now, I figure most women (and men) do this. Those that don’t do this don’t care about their appearance. And if they don’t care, why should I (or anyone?).

Anyways, what really caught my attention in the blockquote above was “introvert”. Being an introvert myself, I find I’m highly attracted to introvert girls. I’m intrigued by introvert men as well (well, not in that way). The reason is…there’s a connection there. Extroverts frankly…don’t interest me so much. I find they’re generally…free in ways that I’m not, they talk without thinking and do without thinking. And I don’t generally respect that. I’m a person that respects the mind and intelligence more than almost any other attribute. That’s not to say I only value that, but it’s always been very high on my respect list. A person will have my respect if they’re intelligent. It’s as simple as that. I will be nice, I will be patient, I will treat a person like a human being if they’re reasonably intelligent. And I won’t if they’re not. Yes, it’s horrible, but it’s true. That’s just how I am.

Damn, I always get sidetracked with tangent rants. Back to the topic: I like glasses on a female because I immediately think 2 things
1. They’re intelligent.
2. They’re introverts.

2 wins. 2 things that I’m just drawn to. But really, what’s the basis for the first point. Like the Seinfeld monologue (quoted above), is there a correlation between glasses an intelligence? Sometimes?….but that might just be coincidence. There’s also genetics involved, plus a number of other things I would list to sound like I know what I’m talking about but at 3AM, am too lazy to research tonight.

Now, I wore my prescriptionless glasses to work today. I did it on purpose, partially because of this post and the kotaku post and partially because…well, I like the way I look in them. It’s funny but one of the first things that someone said to me (who hadn’t seen me wear my prescriptionless glasses before) was that “I look smarter”. Despite possibly no correlation between glasses and intelligence, you can’t deny the fact that people associate the two together.

I didn’t really think about all this glasses stuff until the Kotaku article peaked my interest. This hasn’t been the first time I’ve worn my prescriptionless glasses for no apparent reason. I won’t even wear my prescription glasses in public because the lenses are so thick…I’m simply too vain for that. So I wear these glasses for 3 reasons.
1. I believe I look more intelligent and people believe I look more intelligent. A trait that’s important to me.
2. I believe I look good in them.
The newly discovered #3 is:
3. I want to look introverted and attract other introverts.

I mean…if I’m attracted to people with glasses (meaning I believe they’re introverts), then by wearing glasses, it’s possible that I’ll attract other introverts…? Well, I don’t quite know how that theory plays out in a girl head though. Are introverted women attracted to introverted or extroverted men? The mind of a woman is something I’ll never understand. Y’know, because b!tches be trippin’

I’ve said it before (in my Scott Pilgrim post for example) but I’m basically attracted to a female version of myself. But I definitely believe that a person like myself would not be the best person FOR me. Because there are so many aspects about myself that I hate, the insecurity, the antisocial behaviour, the arrogance, the narcissism…dealing with someone with similar traits, on a daily and frequent basis would get super annoying. Being arrogant and talking to an arrogant person is one of the most frustrating and annoying things ever. And two narcissistic people in a relationship just…wouldn’t work. I’m a taker, not a giver…so I need a giver to balance the relationship out. “You don’t always get what you want but sometimes you get what you need”. I don’t even know if that quote applies to my paragraph, I’m so insanely tired….but I’ve been rewatching all the House episodes (currently near the end of Season 3) and that just popped into my head.

Damn, another tangent rant. Anyways, I’m basically that girl I described above, the one who cares about how they look and is trying to identify the right image to define me. I’m the guy with <insert descriptive word> hair. I wear untucked dress shirts and sneakers. I don’t care about my clothes but I care about my image. And I wear non-prescription glasses to compliment my image and convey the exact same things that I find attractive: Intelligence and an Introverted personality. Granted, I don’t wear these glasses as often as I could…partially because it doesn’t make logical sense to wear them and partially because, for some reason, I always feel like I have an oily forehead when I wear glasses :S It’s weird. Probably psychological. But true. Don’t ask me.

And this all brings me to this image, which is featured on my About Me page 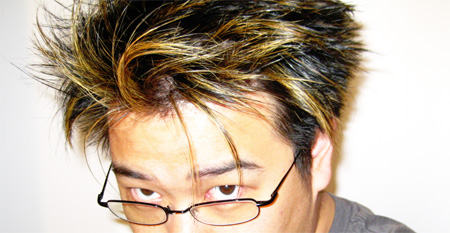 Why didn’t I post an image without glasses, the look I have 95% of the time I go out?

Posted in All Posts, Daily Randomness, Introspection, Life, Love, Love, Miscellaneous, My Life, Past | No Comments »

Absolutely love both songs. Nothing more to say…I basically just posted this so that I don’t have to keep 2 tabs open on my browser all the time.

Posted in All Posts, Music | No Comments »

You are currently browsing the World of Warren blog archives for April, 2011.